High Roller Rides Off on a Harley Davidson 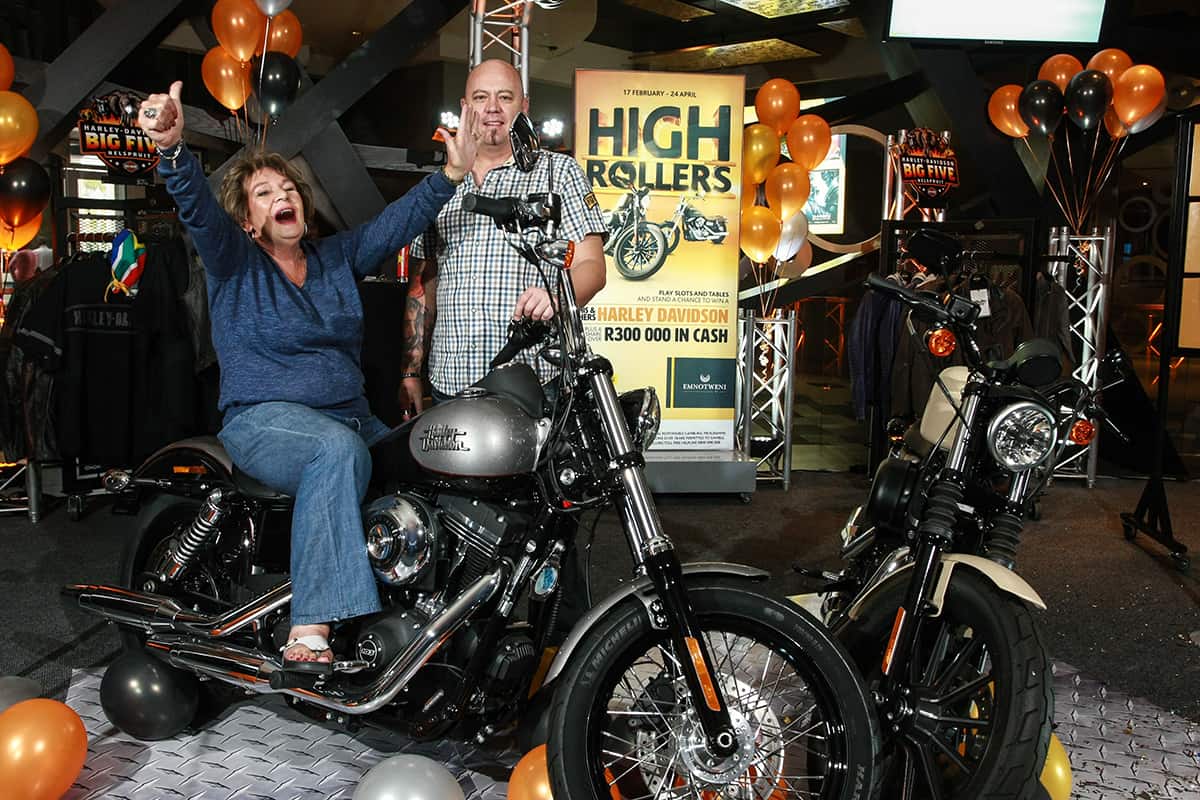 Lucky winner Johanna Scheurkogel from Nelspruit was delighted to find herself in the enviable seat of a brand new Harley Davidson on Sunday, 24 April 2016.

During this promotion over R300,000 in cash and prizes were won at the popular entertainment mecca in Nelspruit from 17 February to 24 April 2016.