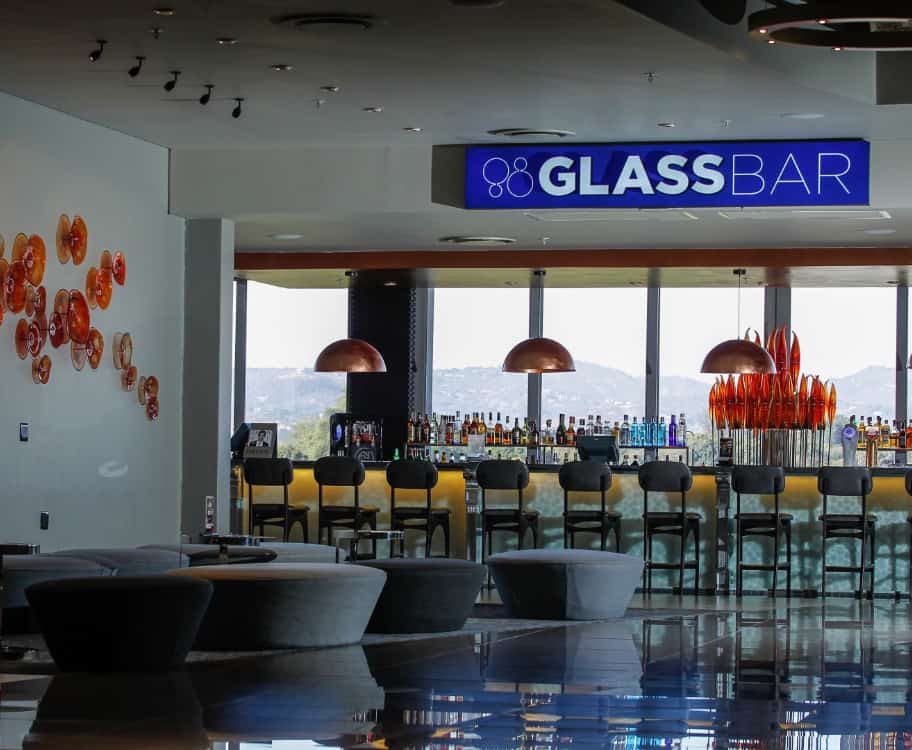 Top Comedians at Emnotweni for Innibos 2014

Emnotweni’s entertainment line-up kicks up a notch for the 2014 Innibos Laeveld Nasionale Kunstefees in Nelspruit from the 2nd to the 5th of July. Playing out on Emnotweni’s stage during the festival are three not-to-be-missed comedy productions featuring the inimitable Frank Opperman, the nutty DowweDolla, and the hilarious Marion Holm.

Their shows will be staged daily at different times throughout the festival so that festival-goers can slot them in between catching events on the main stage at Bergvlam HighSchool.

The shows will be staged at The Arena which is flanked by Emnotweni’s brand new, upmarket Glassbar. Guests can enjoy pre- or post-show cocktails and snacks while looking out on the beautiful Nelspruit escarpment – a chance for a quiet retreat from the bustle of the main festival terrain.

“We are delighted to host these three larger-than-life comedians as part of inniBos 2014. A visit to Emnotweni for these shows is an enticing change of pace from the busy main terrain. So come, take in a show, have something delicious to eat, and unwind with us. We will give you your second wind,” says Ig Olivier, the Director of Operations and Complex General Manager at Emnotweni.

Opperman’s latest stage production, “Die Klaagliedere van ds. TienieBenadie” is the side-splitting, yet somewhat-touching, story of a middle-aged preacher/ priest in a conservative Afrikaans community. He takes to the stage at 14h00 on July 2, 18h00 on July 3, 10h00 on July 4, and 14h00 on July 5.

Margit Meyer-Rödenbeck, better known as DowweDolla, will perform her new show, “DowweDollabetaalbelasting”at 18h00 on July 2, 10h00 on July 3, 13h00 on July 4, or 17h00 on 5 July. In this show, it’s tough economic times for Dolla. She decides to save some money by doing her own tax return. This turns out to be a complicated and nerve–wracking exercise and she seeks advice from experts such as Kenny Kunene, Arthur Brown and her cousin Kotie’s consultant, “Rashid van die Vlakte”. She even goes on a dinner date with the ambassador of China.

Tickets to each show cost R102 per person and can be booked through Computicket.